How Inspired Dental Got Its Name 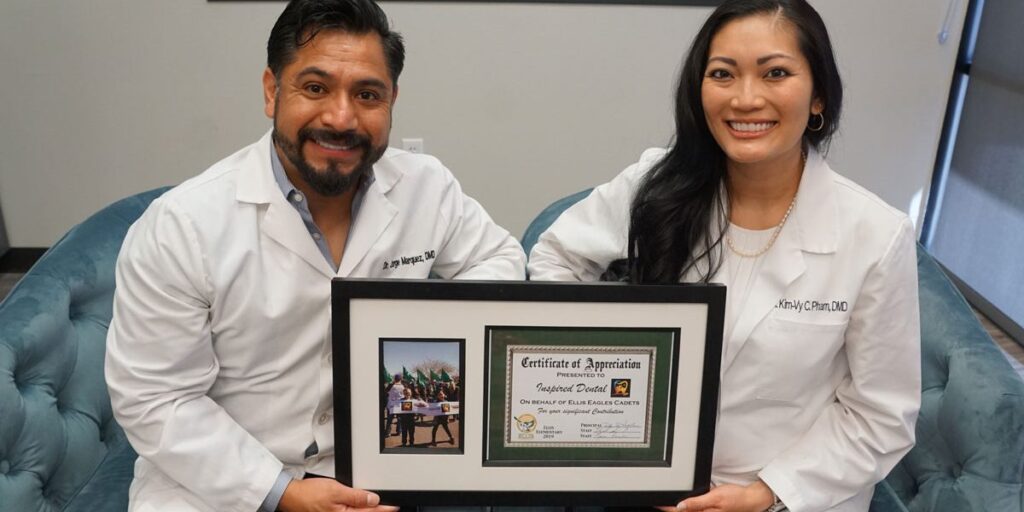 “A name is the blueprint of the thing we call character. You ask, What’s in a name?

I answer, Just about everything you do.” – Morris Mandel

Names are important. They are a reflection and representation of who you are. I’d like to tell you the story about how Inspired Dental’s name came to be. It begins with an unfortunate accident that leads a young man on an unexpected journey.

It was a Saturday afternoon at a restaurant in Washington state, where Jorge Jimenez-Marquez was in the kitchen working as the lead-line cook. The pressure cooker alarm went off, letting him know it was ready. As this young man approached the pressure cooker, he was completely unaware that the safety valve was broken from the previous day. He opened the lid and heard a loud explosion. The 2-inch metal lid of the pressure cooker popped right off and hit him in the face! Steam and grease covered his face, chest, and arms. He had second- and third-degree burns and was rushed to the emergency Burn Unit. His lip was split open and he had a missing tooth.

This terrible accident left him in dire need of dental care. However, Jorge was turned away repeatedly by dentists who would not take on a Workers Compensation case. Fortunately, he eventually found a dentist who not only treated him but ended up changing the course of his life.

This dentist showed Jorge step-by-step what every procedure was, how it was performed, and why it was necessary. He not only educated Jorge so he can understand but made sure the final result was the best that he could have done. Jorge was touched and intrigued by it all, especially the craftsmanship that’s needed to create a tooth. This incident inspired him to pursue his career in dentistry. Years later, when he built his practice with his wife, he named it “Inspired Dental” to remind him of his journey and the inspirational impact this dentist had on him through his compassion and dedication to his work.

At Inspired Dental, we continue the belief of practicing compassionate dentistry that so impressed this young man. We welcome you all to our Inspired Dental family and look forward to seeing you soon!

At Inspired Dental, we believe that every patient is a part of our family.

every patient with compassion, honesty, and respect.

Our continued investment in education and technology allows us to provide

our patients with the advanced dentistry that they deserve.